Douglas "Doug" Billings is best friends with Phil and Stu, and the brother-in-law of Alan, with whom he also shares a friendship. He is the most mild-mannered of the Wolfpack. His bachelor party trip to Las Vegas is the basis of The Hangover, although he is "lost" for the majority of the movie as the other three guys are searching for him. Stu finally puts the pieces together and figures out that they locked Doug up on the roof of Caesar's Palace, where he gets severely sunburned with no shade in the desert heat. They end up getting him back "better late than never" to his wedding, where he is forced to get married with a beet-red sunburned face. While standing before the minister, Doug tells his soon to be wife Tracy "I promise for as long as we're married, to never, ever put you through anything like this again."

The first line in the movie is Doug's answering machine message as listened to by Tracy: "Hey, you've reached Doug. Sorry I missed your call. Please leave a name and number and I'll get back to you." In The Hangover Part II, Doug avoids getting drugged a second time and helps Phil, Stu and Alan find Teddy over the phone.

Phil is one of Doug's two best friends and has known him since childhood. Doug is sometimes annoyed with Phil's troublesome behaviour, but in spite of this, they are always on good terms.

Stu is Doug's other best friend since childhood. The two are almost always in agreement about everything, one of the few exceptions being that Doug had to convince Stu to invite Alan to his wedding.

Doug holds Alan with much fondness and is insistent that he come to Las Vegas for his bachelor party, although after he drugged them, Doug is somewhat distant from Alan, but still cares for him as a friend and family member, often overlooking Alan's shortcomings.

Though Mr. Chow knows who Doug is, Doug apparently is not familiar with Mr. Chow.

The Hangover:
—"I promise for as long as we're married, to never, ever put you through anything like this again."

"Looks like we're going home with some money, boys!"

The Hangover Part II:
—"Is Teddy with you guys? He wasn't in his room. They've been looking for him all morning." 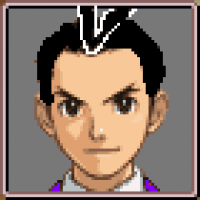